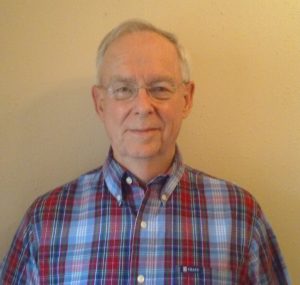 After 38 years of experience in wildland fire management, Billy retired from the U.S. Forest Service as Fire Director for the Eastern Region and Northeastern Area. As a Fire Director, he gained a strong background in multiple agency coordination and the issues related to interfacing emergency operations centers (EOC) with incident management teams (IMT).

Playing an early role in the development of the national wildland firefighter qualification standards, Billy worked to develop these standards that would be adopted by the National Wildfire Coordination Group (NWCG) in 1983. Later, he served as the U.S. Forest Service advisor to the NWCG Training Working Team, as well as an advisor to the U.S. Fire Administration (USFA), in developing of the qualification standards utilized today for wildland fire and all-hazards within the National Incident Management System (NIMS).

An Incident Command System (ICS) instructor since 1983, Billy is still a NWCG qualified instructor. He has conducted ICS classes for the Texas Forest Service and other state agency personnel including the Texas Department of Public Safety, the Texas State Land Office, and Texas Parks and Wildlife Department. Billy currently teaches several of the NWCG ICS sources, is a qualified Training Specialist, and instructs EMI certified courses in addition to EMSI offerings.

In 1995, Billy was asked to go to Spain where he conducted the first ICS 420 training and simulations in Spanish for the wildland firefighters of Andalucia. He also worked extensively in Mexico between 2002 and 2012, delivering ICS training in the states of Quitana Roo, Chiapas, and Jalisco as part of an alliance between the U.S., Canada, and Mexico to establish ICS as the emergency management standard for wildfire.

As Branch Chief in the USFS Washington Office, Billy oversaw the National Incident Information Center as their lead Public Information Officer for eight years, managing the flow of information to the media, Congress, and White House when wildfires or other major disasters occurred. Billy has also served on the Type I Southern Area Red Incident Management Team PIO.

Presently, he is qualified as a Multiple Agency Group Coordinator and serves the National Multi-Agency Coordination (MAC) Group at the National Fire Center in Boise, Idaho, where he assists in resource allocation during periods of high wildland fire occurrence. On the international level, Billy has provided consultation and training on agency coordination in Lebanon and Mexico, where both countries have established national agency coordination processes for wildfire.

A primary ESF-4 lead under the National Response Framework (NRF), Billy has coordinated resources during numerous responses at the National Resource Coordination Center (NRCC) in Washington for Presidentially declared disasters. Some of these include the World Trade Towers in 2001, Hurricanes Katrina and Rita in 2005, the California Wildfires of 2007 and 2008, Hurricane Sandy in 2012 and Hurricane Harvey in 2017.