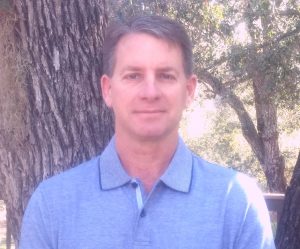 With extensive experience in large scale disaster management, Ray has over 32 years of emergency command experience with CAL FIRE, retiring in 2015 as the Fire Chief for the San Miguel Fire Protection District in San Diego, California. Working his way through the ranks, he has held the positions of Firefighter, Fire Apparatus Engineer, Fire Captain, Fire Crew Captain, Air Attack Captain, Battalion Chief, and Assistant Chief.

In his current role as the Crisis Communications Director of 2-1-1 San Diego, Ray is responsible for the integration of 2-1-1 into the Regional Emergency Response process with First Responder agencies. By collaborating proactively with First Responders and providing incident information dissemination for large scale incidents through the state of the art Call Center, Ray and his team are able to decompress the 9-1-1 system by providing non-emergency incident information to the public.

Indicative of his knowledge and experience, Ray served on CAL FIRE Incident Command Teams for the last 18 years as an Air Operations Branch Director, Operations Section Chief, and as the Incident Commander for CAL FIRE Incident Command Team 6. As a Battalion Commander for Special Operations, he was responsible for the safe, effective and efficient emergency response of multi-million dollar aircraft and the safety of aircrews in one of the most hazardous occupations in modern aviation, while managing one of the most cost efficient and effective cooperative Fire/Rescue programs in the Nation. Establishing unique interagency initiatives, Ray was instrumental in the development of agreements between CAL FIRE, the U.S. Navy, and U.S. Marine Corps in the utilization of Title 10 assets under Immediate Response (I.R.) through the Defense Support to Civil Authority (DSCA) policy. These agreements were recognized by senior military officials as best practices to be emulated nationwide.

Demonstrating exceptional technical proficiency, Ray is a co-author of the new FIRESCOPE Wildland Urban Interface (WUI) guidelines and training manual, as well as being part of the development team between MIT Lincoln Laboratory and CAL FIRE in the creation of the Next-Generation Incident Command System (NICS). NICS is a web-based command and control environment for large scale to extreme scale incidents that facilitates collaboration across Federal, State, and Local Government emergency services agencies. It is an open standards system capable of using any computer, any operating system, and any browser, exponentially enhancing C4I capabilities to civil emergency services agencies.

As a current Incident Commander, Ray has successfully commanded large scale incidents with thousands of first responders, while being responsible for tens of millions of dollars of incident expenditures. A recognized expert in planning and executing complex operations with accuracy and success, he is one of only two commanders in California that holds the title of Incident Commander at the rank of Battalion Chief. Additionally, Ray has “All Hazards” command experience from simple incidents to multiple incidents under an Area Command. Ray’s response experience includes the Northridge Earthquake, San Diego fire sieges of 2003 and 2007 as a field Battalion Chief, and Hurricane Katrina with San Diego Urban Search and Rescue Task Force 8.