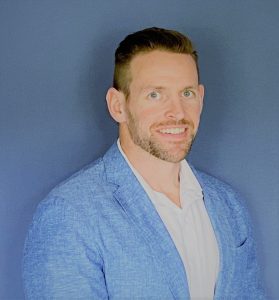 With over 14 years’ experience managing incidents and crises, Phil brings vast experience in counterterrorism, program management, disaster response, and emergency management to the EMSI cadre. With a career in nuclear security and biological threat response, including service in leadership roles with U.S. Army throughout the Middle East, he has routinely led from the front lines to ensure the safety and security of our nation. In these capacities, he has managed first line warriors and indigenous soldiers in the war on terror and developed a multitude of community response plans and programs.

Throughout his military career, Phil was responsible for the training of his personnel to ensure their combat readiness and safety. As a Platoon Leader, Operations Officer, and Company Commander, he continuously evaluated and improved operational plans and procedures to ensure mission success. In addition, assignments throughout his career in the military have made him a well-spoken representative, able to distill complex issues into easily understood concepts across formidable language barriers.

As a planner, Phil has led several major policy and procedures updates with significant impacts across the service. As the lead planner for the Army’s Chemical/Biological/ Radiological/Nuclear Execution Order, he ensured that future U.S. Army Domestic Response aligned with FEMA and Department of Homeland Security requirements, such as the use of the Incident Command System. In reviewing emerging CBRNE strategic requirements, Phil made key recommendations to senior executives designed to achieve whole of government solutions.

Coordinating domestic and international security efforts, Phil was critical to the planning and execution of real-world events and national level exercises, to include U.S. Army support of events such as the 2016 Republican and Democratic National Conventions,  the 2016 Presidential Inauguration, and Hurricane Matthew response efforts. Facilitating Biological Threat Reduction efforts for the National Security Council, he adeptly coordinated the Department of State country teams’ and other interagency partners’ security efforts during the 2017 Global Health Security Agenda Conference in Uganda.

In his current role with EMSI, Phil serves as a senior-level advisor, subject matter expert, and consultant to the Department of Energy/National Nuclear Security Administration’s (DOE/NNSA) Operations and Exercises program and emergency management leadership concerning policy issues dealing with developing, training, and exercising an Emergency Operations Center staff for immediate support of radiological, nuclear, man-made and natural disasters. His vast response and training experience will aid the Department of Energy’s efforts to improve incident management and emergency response.

Phil is a graduate of The Citadel in Charleston, South Carolina, with a Bachelor’s in History and also holds his Master’s from the National Defense University in Strategic Security Affairs. In addition, he has successfully completed several courses at the Defense Nuclear Weapons School, to include the U.S. Army Nuclear and Counterproliferation Course, the Joint CWMD Planners Course, and the Theater Nuclear Operations Course.