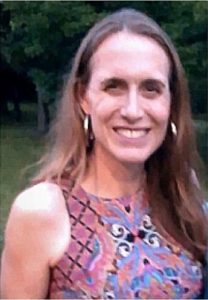 With over twenty-two years of experience in incident and event management, Gabrielle gained extensive response experience at the local, regional, and national levels and vast experience teaching and using the Incident Command System (ICS). Beginning her Coast Guard (USCG) career in 1996, she served in a variety of assignments, including Commanding Officer, USCG International Ice Patrol; Chief of Contingency Planning, and Chief of Marine Environmental Response in major metropolises; Incident Command System Instructor, and FEMA and Coast Guard Exercise Planner.

From the start of her Coast Guard career, Gabrielle was an advocate for incident management. Gaining critical knowledge and skills at each assignment, she served in a myriad of ICS roles for planned events and incident responses, as well as teaching system and position-specific ICS for the Coast Guard over twenty years.

Indicative of her response operations acumen, Gabrielle’s expertise was called upon as she served as the Incident Command Post’s Planning Section Chief in Mobile, AL, responsible for planning the response efforts to contain the spill and its effects along the impacted coasts of Mississippi, Alabama, and Florida. Demonstrating exceptional knowledge and experience, she also served as the Coast Guard’s Lead Coordinator for all waterside security efforts during the 2004 Democratic National Convention, planning for and managing over 900 Coast Guard personnel in security and support duties in conjunction with local, state, and federal agencies.

In her assigned role as the Chief of Marine Environmental Response for USCG Sector San Francisco, her experience and knowledge were key elements in her successes, including serving as the CG Incident Commander over a four-month period during the SS JACOB LUCKENBACH spill response. The SS JACOB LUCKENBACH collided the SS HAWAIIAN PILOT and sank on July 14, 1953. This vessel, which was loaded with 457,000 gallons of bunker fuel, sank approximately 17 miles west-southwest of San Francisco and was responsible for sporadic leaks over decades. Gabrielle and her team were able to identify this source of “mystery spills” in the area and remove the oil from the vessel. In addition, she led the source selection team to identify a qualified OSRO and oversaw the cleanup efforts as the Operations Section Chief.

Complementing her response experience, Gabrielle also gained extensive experience designing, controlling, evaluating, and participating in regional and local preparedness exercises for “all-hazards” response under the National Response Framework. She designed, developed, and executed a multitude of oil spill, hazardous material, terrorism, and disaster training and exercises for government and industry for decades all over the country.

Gabrielle holds a Master of Science degree in Physical Oceanography from the University of Rhode Island Graduate School of Oceanography and a Bachelor of Science in Marine and Environmental Sciences with a focus on Biological and Physical Oceanography from the US Coast Guard Academy. She is a certified FEMA and USCG Exercise Planner; and a certified Type 3 Incident Commander, Type 1 Planning Section Chief, and Type 1 Operations Section Chief. Her certifications include Federal On-Scene Coordinator’s Representative; Pollution Responder; Contingency Planner, Harbor Safety Officer, FEMA, and USCG Lead ICS Instructor, and FEMA Master Exercise Planner.

Gabrielle retired from the Coast Guard in 2018 and began her current position as a Senior Scientist and Senior Project Manager for an environmental consulting company. In that capacity, she leads all their projects in oil spill response and contingency planning.