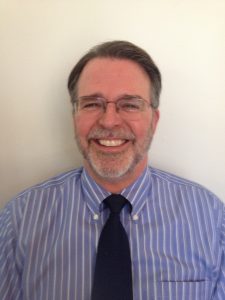 Throughout his Coast Guard career, Jim managed a plethora of incident responses, from search and rescue to hurricanes to pollution response. Serving as an Incident Commander, he was critical to the Coast Guard’s` major hurricane responses, such as Katrina, Ivan, Arlene, Cindy, and Dennis, conducting thousands of air and sea rescues, and providing law enforcement presence in support of local and state authorities. In addition, Jim led a $225 million dollar FEMA-directed Mission Assignment throughout coastal Mississippi, conducting an unprecedented environmental cleanup following Hurricane Katrina.

Continuing to serve in the intelligence community, Jim shifted into his second career as a Deputy Geospatial Information Executive at the National Geospatial-Intelligence Agency. In this capacity, he represented the Department of Defense at the federal level on all geospatial information policies and activities in coordination with all non-DOD and Intelligence Community federal Departments and Agencies. Committed to improvement, Jim led the project team that developed the Geospatial Platform, a collaborative on-line tool for broadly sharing federal GIS data and map products throughout the public and private sectors, thereby improving response capabilities of responders in the field.

Recently retiring as the county Chief of Emergency Management in Fort Myers, Florida, Jim was responsible for training, exercising, coaching, and leading an All Hazards Incident Management Team (AHIMT) in the county EOC and supporting LE/EMS/Fire field operations throughout the county. In addition to his normal duties, he has responded as the Deputy Incident Commander for Tropical Storm Erika, and numerous wildfires, flooding, and special events. With a focus on preparedness, Jim led the county emergency management team through numerous partial and full Situation Room activations, culminating in a superb county-wide response to Hurricane Irma in September 2017, during which he served as the EOC Manager, AHIMT coach, and Liaison Officer.

Serving his community, Jim has been certified nationally as an Emergency Medical Technician and as a Firefighter I, and as a volunteer firefighter, he has served with the Fairfax County, VA; Barnegat Light, NJ; and Spring Lake, MI fire departments. He is certified as a NIMS ICS instructor by FEMA’s Emergency Management Institute and is a qualified Type 1 Incident Commander and Liaison Officer. Jim holds a Master’s Degree in National Security and Strategic Studies from the U.S. Naval War College, a Master’s Degree in Strategic Intelligence from the National Intelligence University, in Washington, DC, and a Bachelor’s Degree in Journalism from the Virginia Commonwealth University.