The scale and magnitude of the Deepwater Horizon Oil Spill is unprecedented, causing organizational decisions in the use of the Incident Command System to focus a large part of tactical response at the Branch Level. During the height of this response, eighteen geographic branches divided under two Incident Command Posts (ICP’s) ran across four states. Resource management has been a key factor throughout the incident and the deployment and effective use of the tactical resources have been best accomplished at the branch level. The establishment of this robust branch planning process goes beyond the normal concept of Branch Tactical Planning. 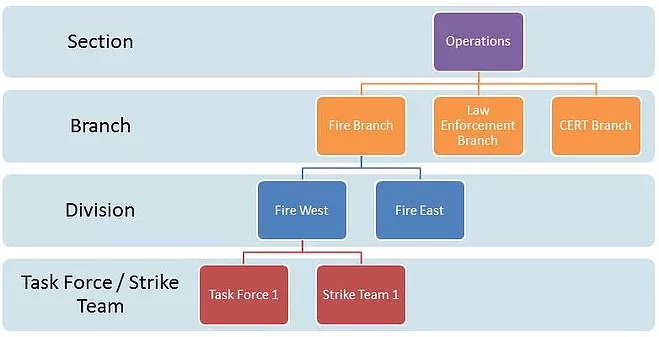 Originally, the branches were established as mere staging areas under the ICP’s, but the size of the area effected required Forward Operating Bases (FOB’s) to be established for better command and control as well as logistical support. Traditionally, under ICS these would be logistical camps, but in this case, the FOB’s provide additional services to support this extremely complex incident. The branches are designed to follow state, county and parish boundaries and the subsequent divisions and groups are established under the branches. The number of divisions and groups vary between branches based on the Area Contingency Plans and the impacts of the oil.

Branch Tactical Planning began early on, but the planning effort at some of the branches became complex with large numbers of tactical resources. The typical planning support provided by the Planning Section at the ICP’s to the branches is taxed and information flow proved impaired. The creative solution was to provide planning cells at each branch that would report directly for the Branch Director while coordinating and providing information to the ICP Planning Section. These cells, known as Branch Plans vary in size, depending on the planning effort needs. Branch Plans manage the planning process at the branch level to create a Branch Action Plan, providing situational updates, ICS-215’s, ICS-209’s, and other valuable information to the ICP. The ICP combines all of the branch action plans into a single Incident Action Plan for the entire Area of Responsibility (AOR) which includes not only the geographic shoreline branches but the offshore, air operations and wildlife branches as well.

The Incident Command System has been stretched and flexed to the maximum during the Deepwater Horizon Oil Spill Response and still performs admirably. It hasn’t always been pretty, but it works. Branch Planning has greatly expanded and provides yet another alternative method of doing business while remaining in the confines of ICS.

To Read more about the author, Rich Wands, click here!